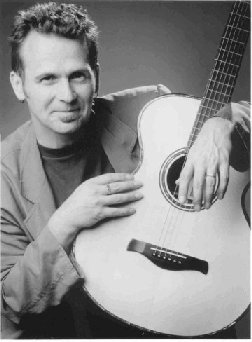 To say that Martin Simpson is a great guitarist is a little like observing that blueberries are blue—it’s obvious on the one hand and not quite accurate on the other. It’s certainly true that Simpson is brilliant—he can bend anything with 6 strings (or 4, or 5) to his will with no apparent effort—but to stop there is to sell him woefully short. The incipient reviewer rifles through Roget’s in search of fresh words to convey Simpson’s genius only to tear out clumps of hair in exasperation. Blueberries aren’t blue, after all. Most fans would be happy for Simpson to play nothing but the English traditional music that first brought him to the attention of serious guitar aficionados. But Simpson is also a master interpreter of styles of music so disparate that the old Nonesuch Explorer series of recordings would have to create a new division just to accommodate him. He has collaborated with musicians as diverse as the Chinese pipa master Wu Man, the Indian musicians Viji Krishnan (violin) and Puvalur Srinivasan (mridangandam), and the Malagasy band Tarika Sammy. Closer to his roots, Simpson's work with his preternaturally gifted compatriot, singer June Tabor, is justly legendary.

Simpson instantly owns any song he chooses to interpret. His rendition of Bob Dylan’s “Spanish Boots of Spanish Leather,” to cite just one example, is a tour de force. Simpson's own beautiful compositions (“Lilith,” “Dreamtime’), although much rarer than his fans would like, betray his deep concern for the human condition and empathy with the underdog.

In closing, we note that Simpson has received so many accolades and awards that his fingernails have had to be retired. To highlight just one, the Chicago Tribune called Simpson “the finest finger-style guitarist on the planet.” In the absence of any serious extraterrestrial contenders to date, we suggest that they might well make it official and crown him the finest finger-style guitarist in the galaxy. Simpson is playing the Bluff City after an absence of 5 years, and his return will be welcomed by the throngs of fans he has generated on his previous visits. Simpson’s appearances in Memphis are guaranteed sellouts. Consider yourself warned.

This concert is underwritten by John and Luann Matson. 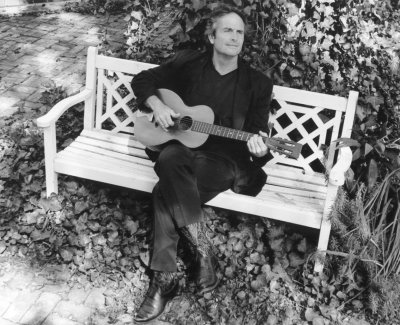 Spencer Bohren lovingly calls New Orleans home, but for much of any given year, he can be found roaming the globe, traveling by train, plane, car and boat, sharing his deep love of American blues, folk and gospel music. From Portland to Paris, Denver to Dublin, enthusiastic audiences rise to their feet night after night to celebrate Spencer’s unique mix of traditional and original songs, casual instrumental prowess and unpredictable storytelling. He’s been a frequent guest on Garrison Keillor’s A Prairie Home Companion, a perennial winner of New Orleans’ coveted Big Easy Award for Best Folk Artist, the composer of an evocative score for Louisiana’s hit play, Earl Long in Purgatory, and an instructor at Jorma Kaukonen’s Fur Peace Ranch in Southern Ohio. Spencer has released more than a dozen albums, and his most recent, Southern Cross, is hailed by critics around the world as some of his best work in a thirty-five year career. Still, live performance is Spencer’s greatest pleasure, and no two shows are ever the same. This year’s itinerary includes dates all over the United States as well as concerts in Ireland, Sweden, France, Germany, England and Belgium.

While the horrific events resulting from Hurricane Katrina's devastating visit to New Orleans in 2005 have dramatically affected Spencer and his family, he, like so many others, is in the process of rebuilding his home and life. His career is healthier than ever, and a new song, 'The Long Black Line,' currently functions as a sort of post-traumatic touchstone for every New Orleanian who hears it.

This concert is underwritten by Judy Kitts and Betty and Mickey Spence in honor of MAMA's Tenth Anniversary. 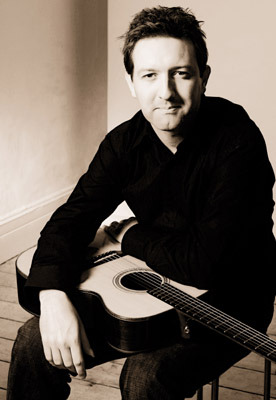 Clive Carroll is not exactly a household name on this side of the Big Pond, but if you have any doubts about where you should be on February 16th, ask anyone who was fortunate enough to be in attendance at Carroll's first MAMA appearance a year ago, when this genial, unassuming Briton stepped onto the Otherlands stage with a guitar and stood the audience on its collective ear. With a repertoire ranging from traditonal Celtic tunes to John Dowland lute pieces, from Isaac Albeniz showpieces to original compositions, Clive Carroll marries astonishing technical virtuosity to innate intelligence, exquisite taste, superb training, and a wide-ranging, endlessly inventive musical imagination.

Simply put, if you have any interest in hearing the acoustic guitar played as well as you are ever likely to hear it played, do not hesitate. Don't pencil him in. We expect this show to sell out early. We also predict that, the next time Mr. Carroll comes to town, he will be appearing at a much larger venue, and you will have to pay a lot more money to hear him.

The author of Alice's Adventures in Wonderland wrote under a pseudonym, so Clive is most likely not a blood relative of Lewis Carroll, but he is undoubtedly his spiritual heir: What the latter-day Mr. Carroll does with a mere six strings and ten fingers is sheer Jabberwocky. It can't be defined, only appreciated. Do not miss this opportunity to appreciate the amazing artistry of Clive Carroll.
MAMA thanks Charles Shipp Architect for underwriting this concert.
DAVID EVANS
www.myspace.com/uncledavidevans 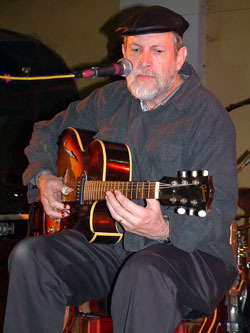 David Evans is completely qualified to deliver a learned disquisition on the socioeconomic implications of the blues in the Mississippi Delta during the 1920s and '30s. Dr. Evans directs the Ethnomusicology/Regional Studies doctoral program of the Rudi E. Scheidt School of Music at the University of Memphis, and he is the author of books, articles, and encyclopedia entries, both popular and scholarly, from The NPR Curious Listener's Guide to the Blues to Tommy Johnson to Big Road Blues: Tradition and Creativity in the Folk Blues. He earned a Grammy (R) in 2003 for his album notes to the CD boxed set Screamin' and Hollerin' the Blues: The Worlds of Charley Patton.

But don't expect a lecture on January 12th. To quote the good doctor, "This is the real stuff, the music that isn’t taught in tablature books and can’ t be learned just listening to records." David Evans is a blues performer of the first order. He learned his trade sitting at the feet of some of the best of the blues players in the 1960s, and he has toured extensively with the likes of Jessie Mae Hemphill, Hammie Nixon, and Johnnie Shines, In addition, he has toured as a solo artist in Europe and South America.

Evans will be appearing with The Last Chance Jug Band, which includes Evans on vocals, guitar and kazoo; Dick Raichelson on piano; Elmo Lee Thomas on harmonica; Clint Wagner on violin, banjo, and mandolin; and Keith Padgett on jug and percussion, with just about everyone contributing background vocals and jug from time to time. The band has appeared on the nationally syndicated radio program Beale Street Caravan and released Shake That Thing! on the Inside Memphis label in l997.

So leave your noteoooks at home. There will be no pop quiz. But if you've got the blues, the doctor will write you a prescription for an injeciton of jubilation. Warning: this medication may be habit-forming, and side effectss include outbreaks of smiles for no good reason.