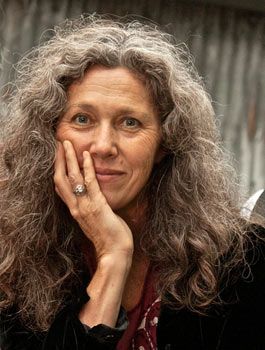 $15 tickets are at The Booksellers at Laurelwood, Otherlands, and online at


Roots Americana musician, Lauren Sheehan, launched her recording and performing career in 2002 and has been sailing on to critical acclaim, national/international radio charts and ‘encores’ at festivals, concerts and venues across the country and in Canada ever since. From fronting a 9-piece band to solo acoustic work, this vivacious ‘songster’ delights audiences with the breadth of her material, evocative artistry and musicianship.

Lauren clearly loves and inhabits the music she performs, shape shifting through the moods of the familiar and the obscure, howling with the werewolf and weeping with the willow. Her gifted guitar work, stylistic breadth and vocals are inspired by her study with elders, oral tradition and scholarship. With all of that tradition behind her, she re-creates the intimacy of a back porch, where singing and playing were regular events.

Lauren began playing guitar at 10, discovered traditional, social and dance music in her early 20’s, then jumped into living acoustic blues up at Centrum’s Port Townsend Acoustic Blues Festival in her 30’s, picking up mandolin and banjo along the way.

Recent appearances on NPR, four CDs that charted in the top 20 on folk radio, a 2012 Portland Music Award for outstanding achievement in Folk, inclusion in the Library of Congress as part of the MusicBox project and her most recent accomplishment as guitarist for the CD, The Light Still Burns, companion to the history book Kalamazoo Gals; A Story of Extraordinary Women & Gibson’s “Banner” Guitars of WWII, attest to her growing significance as an artist, performer and teacher.

Andy Cohen with  Belmont and Jones

$12   Tickets are at Otherlands, The Booksellers at Laurelwood, and online at 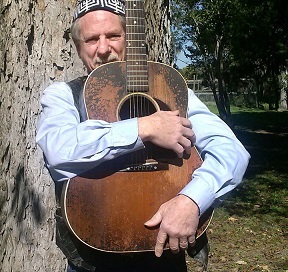 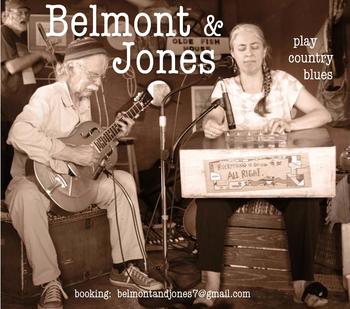 Andy Cohen brings his friends Walter Belmont and Hepzibah Jones for a night of country blues and traditional roots music.

“One thing is for sure;  the boy can play.  There are few people around today who had a chance to pick it all up from the old generations, get this good at it, and continue to cherish and preserve the old traditions.”  The Country Blues


“A few paragraphs can't do justice to the variety of delights discovered within guitar virtuoso Andy Cohen's Built Right on the Ground  (Cohen’s tenth and most recent CD)   The well-known, the obscure, and the weirdly wonderful are all here and it's more than evident that the traditional folk –blues, ragtime, country, and good time piano are all safe in these accomplished hands.”   John Bottomley,   Blues in the Northwest.com

The music of Walter Belmont & Hepzibah Jones goes back to the beginning when Ma Rainey, Memphis Minnie, and Kansas Joe McCoy were making records. Blues enthusiasts have fallen in line behind the duo’s unique approach to this most American of genres.

Bob Weinberg of Jazz and Blues Florida said, “The pair conjure early blues greats such as Memphis Minnie and Charley Patton. Both partners are strong, natural singers. Their repertoire ranges from familiar staples to obscure gems, and their originals sound authentic enough to have emanated from an old 78.”

Blues documentarian George Mitchell said, “Belmont and Jones, in my opinion, is the best traditional, downhome, country blues duo performing today. With every lick on his guitar, you can tell that Belmont has blues in his bones. Jones has one of the most beautiful blues voices I have ever heard.”